The Nathcez Trace Parkway Association celebrated the 75th Anniversary of the Inaugural of the Natchez Trace Parkway on October 18, 1937 at Brandon Hall Plantation in Natchez by returning to Brandon Hall for the 2012 Annual Meeting.  Special honor was given to Roane Fleming Byrnes, who served as president of the Association from 1934 to 1969.  A plaque was unveiled at her grave.  The Natchez Trace Ball, a popular fundraiser in the early years, was recreated at the Natchez Eola Hotel, with music from the period.  Returning to the same porch at Brandon Hall where the ceremony was held in 1937, the Association honored its early founders whose vision and persistence made the parkway dream a reality.   The Memorial Park area on the parkway, created during the 1937 inaugural event with treess planted by the states and by the U.S. and Mexican governments, was restored.  A 75th Anniversary tree was planted near the remaining 1937 tree, planted by New Orleans Times-Picayune editor George Healey in 1937,  Mrs. Byrnes neices,, and Mr. Hollis, who was present at the 1937 ceremony, assisted in the planting. Also, as in 1937, a barbeque at Brandon Hall concluded the event.  Thanks  to the Garber family for their hospitality at Brandon Hall. 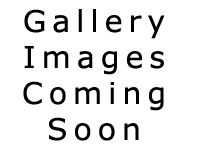